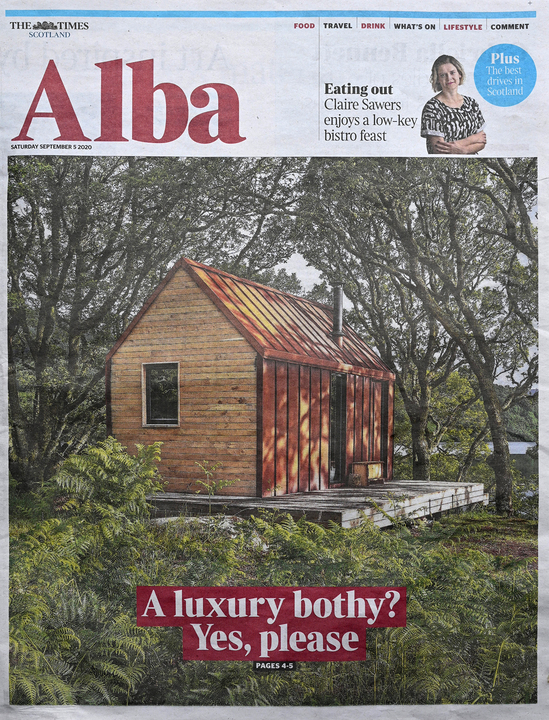 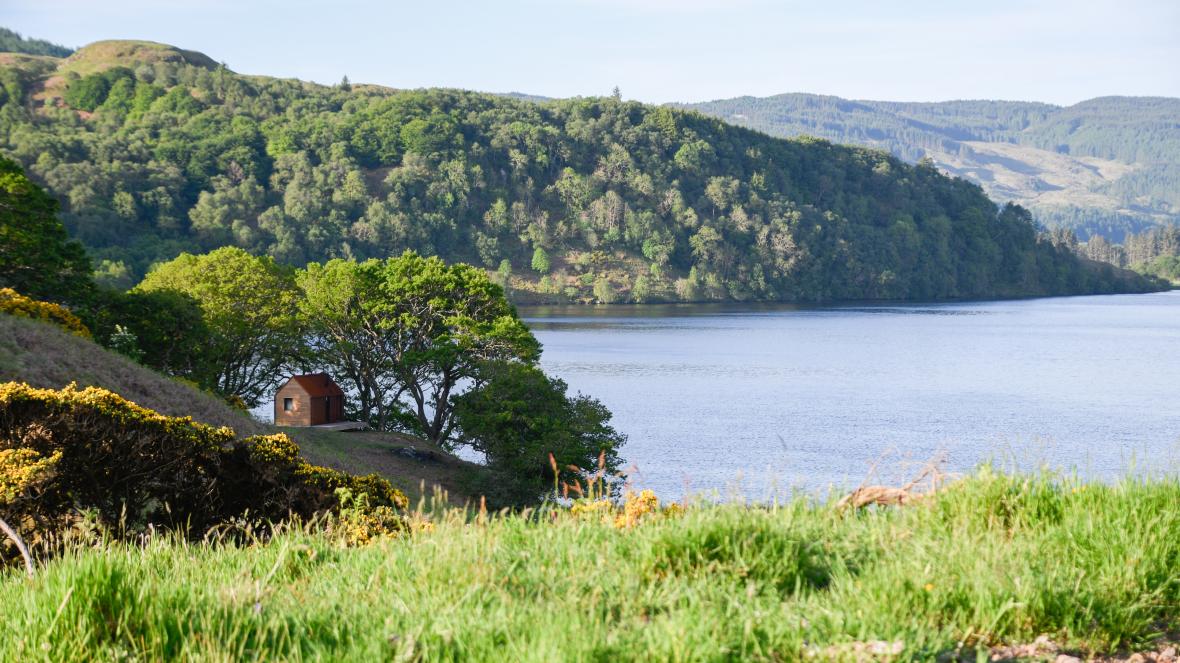 "It must be the most arresting view from any outdoor lavatory in Scotland. A hillside carpeted in ferns swoops to reveal the slate-coloured ripples of Loch Nell. At their meeting point, oak trees work their gnarly limbs into the clouds.

Sheltered from rain in my little timber hut I watched as a paddleboarder coasted by. Its rider stood stock still, his body contorted forward like a modern-day Discobolus of Myron clutching a plastic oar instead of a discus.

Sometimes you need a touch of the ridiculous to cut through beauty as far as the eye can see. That’s what we told ourselves during a weekend at Inverlonan, a reimagining of the bothy experience set in some of the most imposing scenery the northwest Highlands has to offer.

An hour later I discovered that all was not exactly as it seemed from my compost WC viewing spot. What I had assumed was a captain firmly in command of his vessel was actually my terrified partner gripping his toes into the fibreglass for dear life. Well, what do you expect when two faintly pathetic explorers take to the wilds? 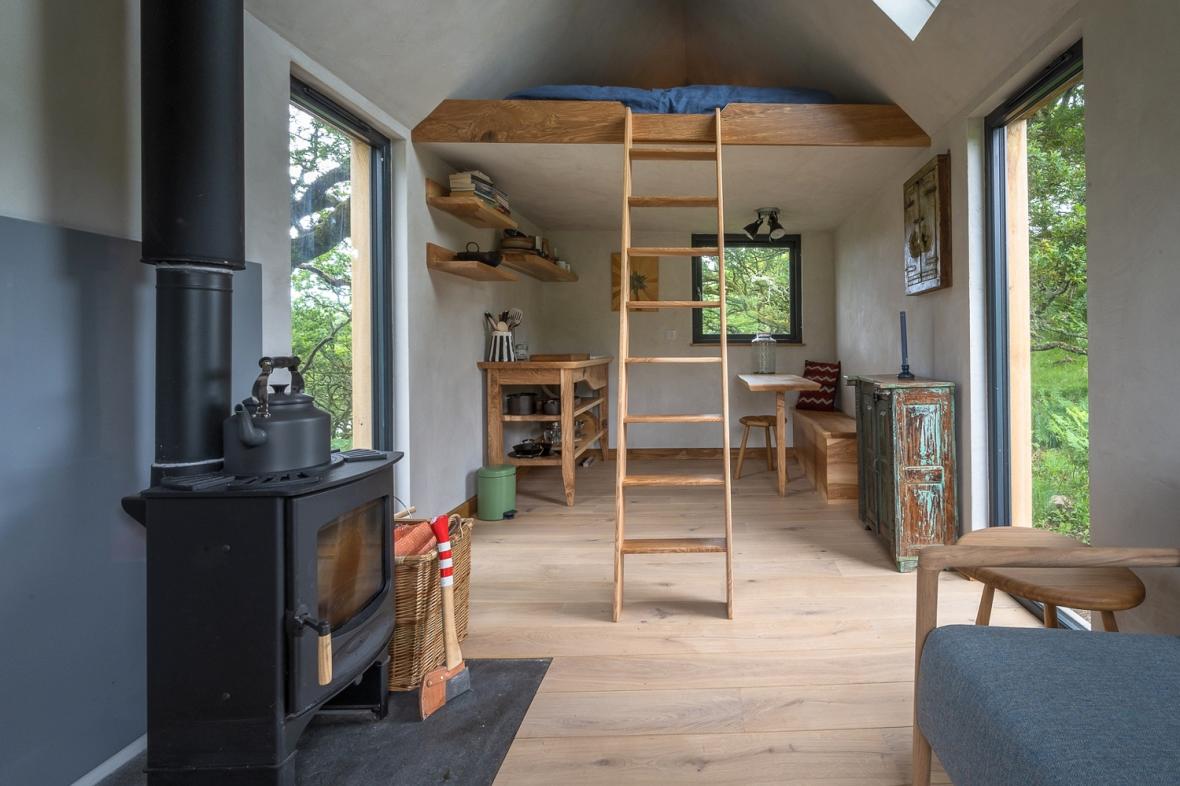 Inverlonan is the collective name of three farms in the historic valley of Glen Lonan, through which the funeral cortèges of Scotland’s ancient kings passed on their way to their final resting place in Iona.

These days, neolithic cup-marked stones lead the way to two newly built bothies. They are the brainchild of Lupi Moll, a leonine former barrister whose family has lived on the estate since the Victorian era.

His dream was of a hyper-tasteful clash of cultures: off-grid back to basics combined with the most luxurious extras imaginable. In his vision, guests would be chauffeured to their simple lodgings where they would cook sirloin steak from the estate over open flame, sipping fine wines delivered to the door.

A case of nominative determinism? Perhaps. Moll’s ideas might have been a little loopy — a five-star destination where you have to boat, buggy or tramp the last kilometre on foot? — but these are the quirks that make Inverlonan a very special place indeed. 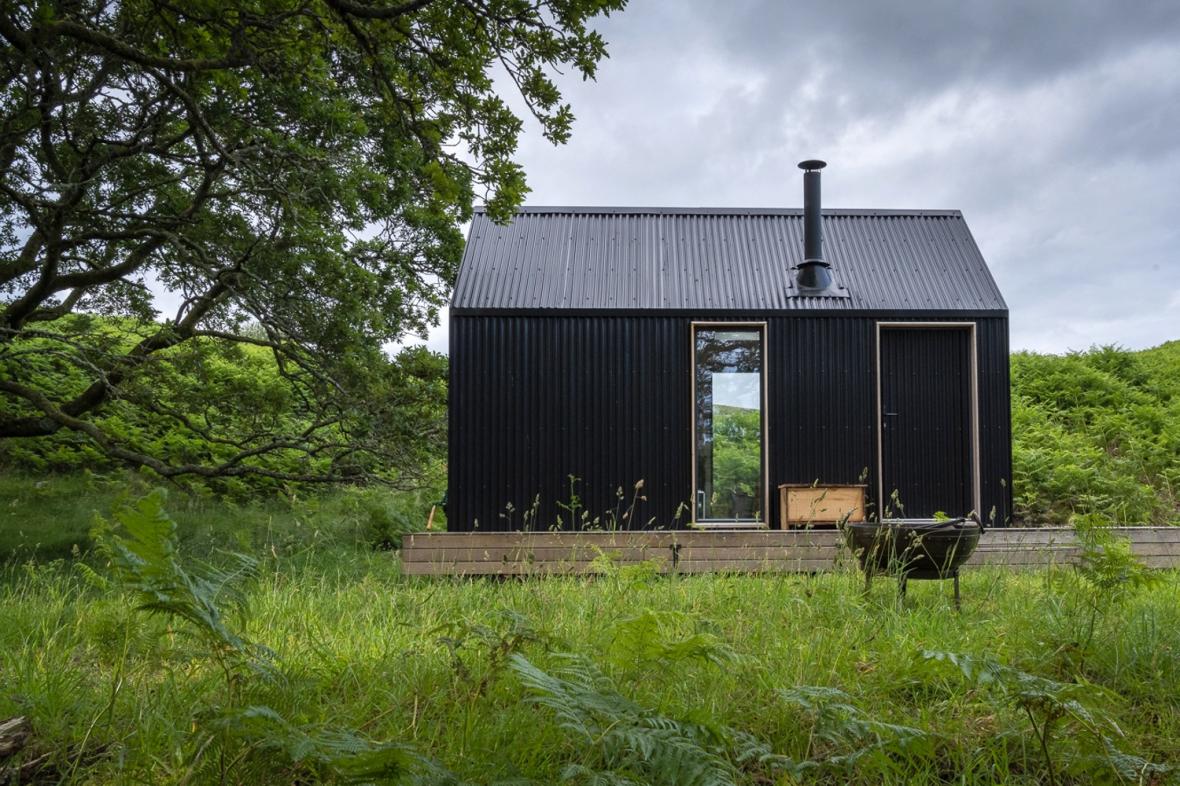 The striking tin structures are the handiwork of the artist Bobby Niven and architect Iain MacLeod through their social enterprise, Bothy Stores. Each has windows set into all four walls to catch the morning light on the loch or ferns swaying with the breeze.

Set a couple of hundred feet from each other, Uisge and Beatha (Gaelic for “water of life”) have access to their own small beaches from which you can swim, dabble in water sports (kayaks and paddleboards are provided) or fish with rods stored under the bothies.

Before arriving, guests are sent their dining options, provided in the form of luxury boxes. The term “local produce” has lost all meaning in 2020, so often is it used, but in the breakfast hamper alone I counted sourdough from the Isle of Seil, eggs, bacon and sausages from Gilbert’s free-range farm in Taynuilt, milk from the Isle of Gigha, and coffee from Argyll Coffee Roasters.

For lunch and dinner there’s a DIY pizza kit with the finest available ingredients; fish, meat or veggie packs; and a drinks list with Scottish beers plus champagne and wine. 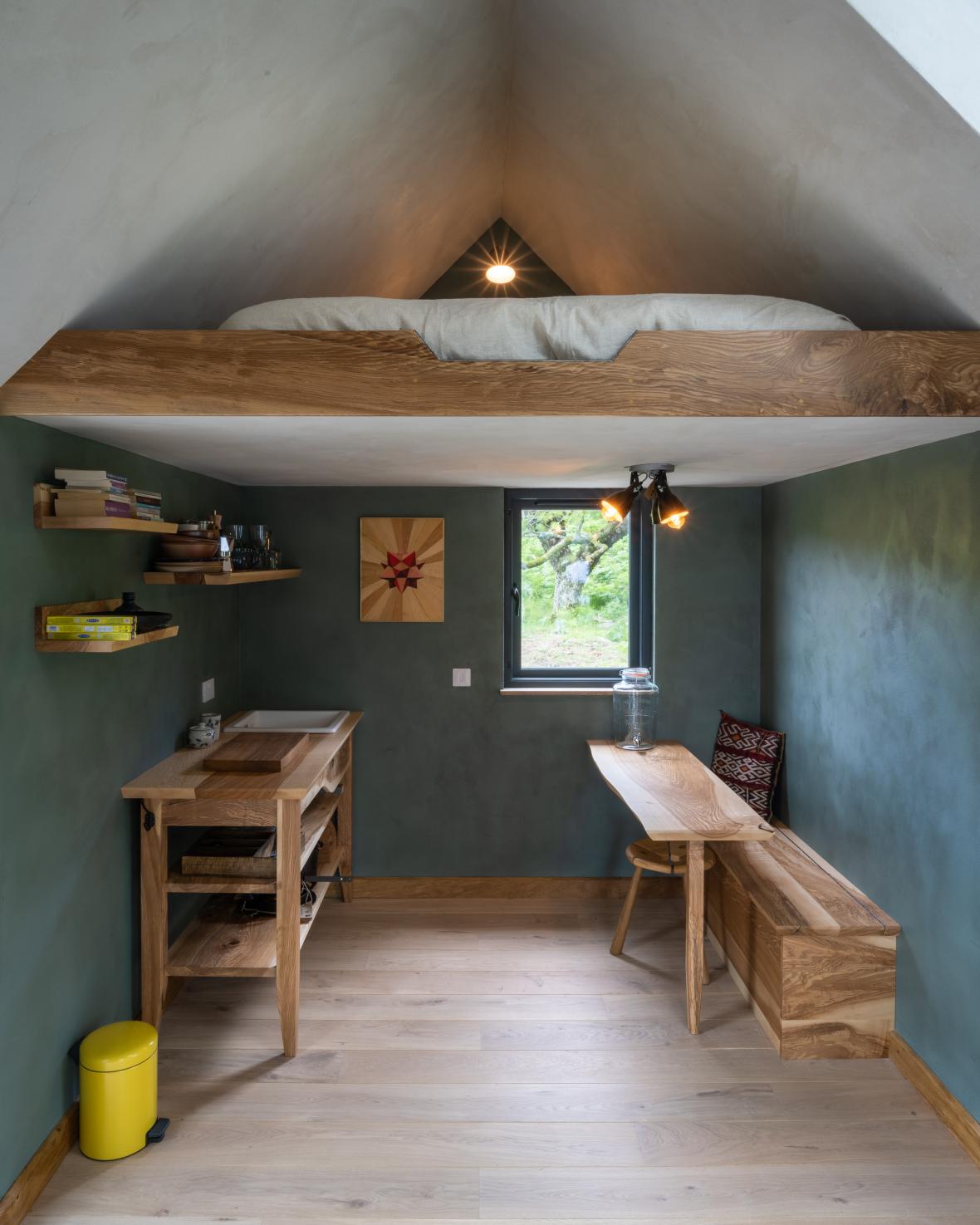 The best-in-class approach applied to Inverlonan’s food offerings has been rolled out to the entire bothy experience, from sheepskins (courtesy of Skyeskyns in the Hebrides) to stoneware (chunky crockery by Oban-based Argyll Pottery).

Ash trees felled from the banks of Loch Awe have become a table and benches thanks to the woodworker Michael Accy, who created a set of timber shelves stocked with a mini library, homemade condiments, and toiletries from the Highland Soap Company.

The welcome instructions promised strong 3G at our base, Beatha (pronounced Bay-Ah), but on Three, the network time forgot, it was more of a one-bar situation. In hindsight we should have downloaded in advance the Covid-friendly PDF of Inverlonan’s bothy bible, which detailed how to work just about everything.

Luckily, my partner is in a relationship with the world’s most sensible pyromaniac. Within ten minutes I’d got the fire inside the Stadler outdoor oven roaring and we raided the bear-proof Yeti cool box on the deck.

The result was a supper of roasted sea bass, langoustines and a stash of cumulonimbus-esque scallops served on enamel plates, accompanied by fried potatoes and salad leaves. It was more than enough to pacify him after his earlier paddleboarding misadventure. In turn, he sussed out the outdoor shower (beyond me) the next morning.

Did we return home with outdoors skills that would put Bear Grylls to shame? Not exactly. I’m sure I heard a high-pitched screech when my partner discovered the langoustines he was prepping in Beatha’s kitchenette were still alive, although he swore it was an owl.

The little travel kettle we’d sniffed at on arrival was put to use more times than I’d care to admit as we waited for water to boil on the stove for our morning tea.

But after two days we left with the feeling of quiet inside our bones. The kind not even falling from a paddleboard into freezing water can disturb." 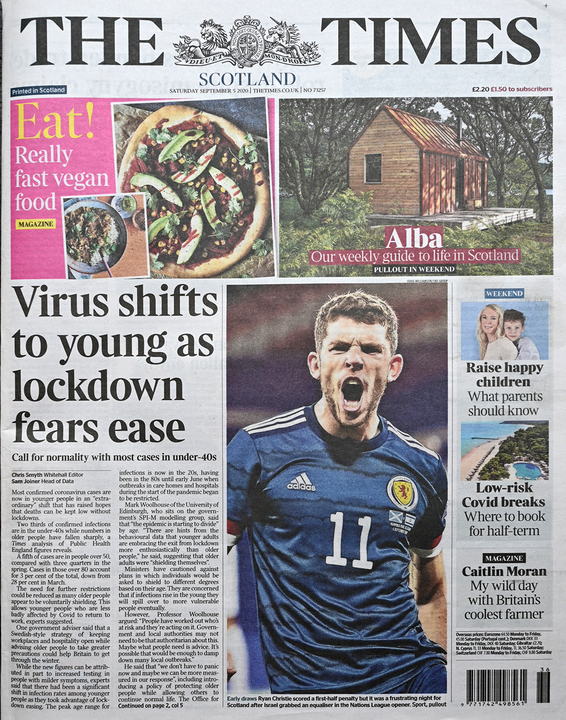